It sure has been a while since anything's happened here, hasn't it?


Well, don’t worry, I haven’t given up on Psychoplasmics, though I will admit there was a strong temptation to do so for a while. After all, with all that’s going on the world and things going on in my personal life, I found myself wondering what the point of devoting time and energy to yet another blog about some dork goofing on whatever screwball movie he’s seen lately was. And as time passed it became easier to let time pass rather than devote effort to what felt like an empty and pointless thing. Then I fortunately realized that this is no way to be. After pouring so much into it so far, the only truly empty and pointless thing would be to let this blog gather dust. So, I picked myself up and got back to work on a review that I’ve wanted to write for a while.


This then, of course, got delayed just a tad more when I got an itch to replay DARK SOULS again. What can I say, folks? When you find yourself staring at a blank page, trying, possibly too hard, to come up with something unique to say, the temptation to just screw off and go backstab monsters in Lordran is mighty indeed.
But Lord Gwyn has been put to rest and the fire linked, so I don't really have an excuse to keep putting this off, which is part of why I'm making this post right here: to light a fire under my lazy behind so that I have to get the damn written now, instead of putting it off.
Keep your eyes peeled over the next few days!
Posted by bill at 11:08 AM 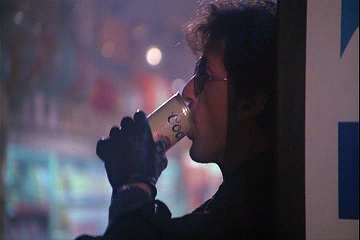